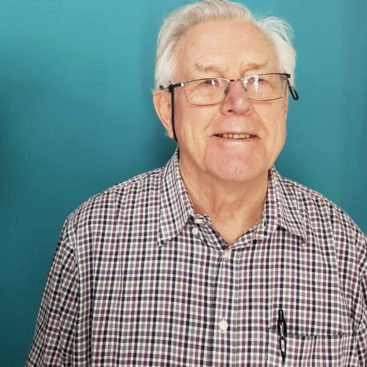 I was born in the Netherlands on the second day of March 1937. The…

There seems to be a general belief that our IQ determines our success in mathematics. It is true that most mathematicians have a high IQ. There is however convincing evidence that IQ is NOT the determining factor. Some experts believe its influence could be as low as 20%. It is still true that our IQ is our starting point. The following METAPHOR can help us to understand the role of IQ:

Your Book of Life

The writing of the second part of our book of life starts months before we are born. Each day another blank page is written. What is written on that page is determined by what happens to us during that day. Every page written daily determines who and what we are at the end of another day. We can start with full 100 points for our potential in mathematics aptitude due to our DNA and squander it such that we only score 10 of a potentially 100 points in the pages written daily.

In general mathematics is treated as something to fear. Recently a friend asked the following question: “Did you also fear mathematics, like we all did?”

Fear activates emotions of flight, fight or freeze which paralyze reasoning and learning. This results in poor performance which confirms our fear. Many learners are caught up in a deadly spiral where flight seems the only solution. Many learners confess that they have a fear of mathematics. They have come to believe that they are too stupid to learn mathematics.

Unfortunately many parents and teachers confirm this view. I have often heard a parent confess to a fear of mathematics. Many learners have told me of a teachers who said: “Mathematics is not for you.”

Our schools often contribute to this problem. Teachers often have 30+ students per class. Many have never had a sound schooling in the teaching of mathematics and consequently also suffer from a fear of mathematics.

It is not normally appreciated that mathematics consists of a number of sequential concepts and processes that are interdependent. The impact of incomplete mastery of any of the concepts on the whole is not appreciated. The structure of mathematics consists of many basic building blocks. The structure collapses if any one of these basic building blocks is unsound.

The application of pressure on the student only aggravates fears. It is virtually impossible to correct the failures in primary school in the latter stages of high school. There is never enough time to go back to basics. The only option left is to apply rote learning to mathematics. The poor student is ‘prepared’ for the exam by endless repetition of work that has a high frequency of inclusion in the examination paper.

The impact of the above experience on the book of life of our learners is frightful. The story written about mathematics reads like a tragedy. We seem to be destined to fail despite our best intentions and efforts. The hard fact is: We are not succeeding in developing the mathematics potential in our children. What is interesting is that some individual teachers seem to excel. Why is it that their students always out perform others? I asked one particularly successful teacher: “What is your secret?” Her answer was short and sweet: “Banish Fear!”

It is astonishing that we can master the most complicated of languages at an early age but fail at mastering the most basic of languages: Mathematics! The simplest of languages use 30 basic symbols and sounds. The number of combinations that these combinations allow is virtually unlimited. It is for this reason that we never cease to talk. After thousands of years we still write original poems and books. Not everybody is equally competent in mastering a language. We have our famous authors and poets.

Mathematics is infinitely less complicated than the most basic of spoken languages. It only uses the numbers 0-9 and a limited number of symbols like +, -, =, x, ≠, ≥, {59280e49db9ccb102d2acb137052d0edd228c7eb563e70164082eace3d812984} etc. The combination of these symbols always follows a specific protocol. The meaning of a specific combination of symbols is always the same to all people world wide. Why do we have problems in mastering this language?

A head for numbers?

The Munduruku are an indigenous tribe of Amazon Indians. They live approximately 1000 km from the nearest town. They count 1, 2, 3 and many. Despite this they speak a complex language using rich symbolism and many metaphors. There seems to be an unexplainable gap between their language skills and their number skills. I found similarities between the Munduruku and some indigenous African tribes. They have the most wonderful expressive language but can not count their cattle. “Why count our cattle?” a chief asked. “We know each one by name and we know its origins many generations back. Do you have to count your children before you know one is missing?”

It is believed that numbers, as we use them to day, originated some 10 000 years. The need for numbers probably arose from the growth in trade. Because the Munduruku do not trade they have no need for a number system. Some of them do know how to use Portuguese money. In using this money they know numbers 1 to 100 in Portuguese. They seem to remember them as a rhyme. To answer which number precedes 36 they have recite all numbers from 1 to 35 before they can answer. The equation of 7-3=4 remains a mystery. This is typical of an alphabet. Everybody can recite it in the normal sequence BUT can you recite it back to front starting at z? Do you know which letter precedes k? Did you, like I, have to start at a, b, c etc until j? Perhaps there is a fundamental difference between a spoken language and a number language.

Our number system uses a linear scale. This simply means that a length of 1 m remains the same independent of how far it is away from us. There also exists a logarithmic scale. On this scale something far away is smaller than the same thing when it is close by. A tree gets smaller as it is further away from us. This is how the Munduruku experience numbers. What is of particular interest and importance is that all of us are born with a logarithmic number scale in our heads.

The reprogramming of our logarithmic brain to a linear brain happens gradually in the case of most urban children. This happens by playing with educational toys, counting on their fingers etc. To the children that are not exposed to these influences the introduction of the linear number system at primary school is a number shock. This experience may well be written in their book of life as a threat.

Learning a language from birth seems to be part of all learning that is taking place. Learning a language is closely coupled with the hearing function. We learn to associate a sound with an object or experience. The sound ‘cat’ is eventually connected with the object or picture of a cat. This means that at any time the sound ‘cat’ creates an image of the real thing in our minds. In this way numerous sounds are visualized as objects in our brains. Eventually the sound is replaced by symbols of the alphabet. The spoken language is thus augmented by the written language. The language symbols are transformed in visualized realities. Still later we learn to express what we visualize in the written symbols of language.

Normally our children are first exposed to numbers when we teach them to count. Let us try to imagine what the counting of three similar cats of different coloring does to our child’s language learning system. The child has no problem identifying the sound of ‘cat’ with the real life animal it sees. In fact one cat is much the same as another since they appear similar despite small differences in appearance. We now ‘teach’ the child to count three cats. We do this by pointing at the left (black) cat and call it ‘one’. The middle (red) cat is called ‘two’ and the (white) right cat is called ‘three’. In conventional language we have given the cats additional names. They are however still cats. This is fine as long as we do not change the cat’s positions. Just changing their positions will result in ‘renaming’ the white cat (previously named three) to one. The red cat (previously named two) now becomes three. The black cat (previously named one) now becomes two. We do not seem to realize how utterly confusing this is to the conventional language brain.

We expect a language to be consistent, although in reality one word can have many different meanings. The child at an early age is not exposed to these logical inconsistencies of language. The most amazing fact is that these are eventually just taken for granted. Mathematics does not suffer from this logical lapse. It is always totally consistent! This just proves again that mathematics is in fact much simpler than spoken language.

Assigning another name ‘one’ to what obviously is a ‘cat’ is not in harmony with the design of the brain. The name ‘one’ refers to something abstract that describes not the cat itself but some other attribute of it. What is even more confusing is that tomorrow a dog is renamed ‘one’ as well. It should be clear that counting is NOT just extending our vocabulary. By teaching our children to ‘count’ when they memorize the numbers 1 to 100 is treating numbers as just an extension of the child’s vocabulary. The brain will be inclined to treat numbers as words rather than an abstract attribute of an object.

The brain is designed to recognize (identify) a picture, sound or written word with a previously stored pattern. The problem is simple: How can we associate a visualized number with a known (learned) pattern?

Normally children learn to associate a number with a quantity. This is a very limited interpretation of the language of mathematics. What is more: How does a child visualize the number 0? The suggestion is that numbers should NOT be introduced to the child by means of counting!

How can this picture be applied to solve very day practical problems? 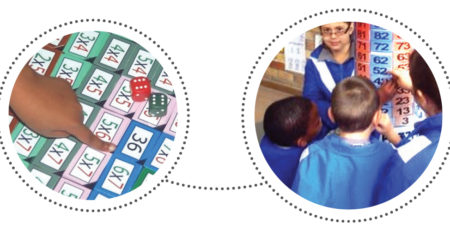